Hope to see you there!

Maybe those things but I see avatar url???? wassup with that?? Franky??

From Wikipedia, the free encyclopedia
Jump to: navigation, search
For other uses, see Avatar (disambiguation).

The ten avatars of Vishnu, (Clockwise, from Left upper corner) Matsya, Kurma, Varaha, Vamana, Krishna, Kalki, Buddha, Parshurama, Rama and Narasimha, (in centre) KrishnaAvatar or Avatara (Sanskrit: अवतार, IAST Avatāra), often translated into English as incarnation, literally means descent (avatarati) and usually implies a deliberate descent from higher spiritual realms to lower realms of existence for special purposes. Descents that are of importance are mainly those of the Supreme Being which are plenary and marked with superhuman qualities. Other types of descents are limited expansions of Ishvara, and some that are descents of lesser empowered divinities. The term is used primarily in Hinduism for descents of Vishnu whom Vaishnava Hindus (one of the largest branches of Hinduism)

worship as the Supreme God, a distinctive feature of Vaishnavism. While Shiva and Ganesha are also described as descending in the form of avatars, with the Ganesha Purana and the Mudgala Purana detailing Ganesha's avatars specifically, the avatars of Vishnu carry a greater theological prominence than those of Shiva or Ganesha and upon examination relevant passages are directly imitative of the Vaishnava avatara lists.

A little Hinduism,,, Just What we Need on this forum HAHA

Look to the left of my message under my name!
That's my avatar!!!

Go ahead... make fun of my avatar punk.

You can use instead a picture of your rig or pile of parts.

So, uh, I guess that leaves out Orville Wright, Charles Lindbergh, Billy Mitchell, Chuck Yeager? Didn't Eastwood fly a Mig-23 in that one movie??

FYI, You can link any image on the web to your own avatar. Choose whatever hero... or choose a pic of yourself which is what the avatar is all about anyway!! The suggestion of pile of parts picture was really about my pile of green and white parts!!

Here's some to consider: 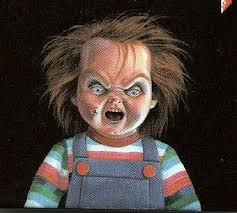 Damm Jerry,
That thing almost melted my puter it's so Ugly!
How about a Snow or pooch pic?,HAHAHA
TGP

Hi Tom. We've still got lots of snow around here, maybe Chuckie can help melt it a little faster.
I can see the options on this avatar thing are going to be endless. I just hope there is some regulation of what actually goes on.

Have a good weekend. Jerry

Jerry,
Just Fun'n with ya a little.
You put any pic you want, of course you knew that!,ha
I thought you guy's were warming some?
Heard anything of Norm? He must be on vacation?
Have a Happy Easter,My Friend,
TGP

If you guys had kids, you would know what one was. Nickolodeon has one of the baddest cartoons out called the last Avitar. Watch it with your grandkids!

wikipedia has a pretty good description of Avatar...

An avatar is a computer user's representation of himself/herself or alter ego, whether in the form of a three-dimensional model used in computer games, a two-dimensional icon (picture) used on Internet forums and other communities, or a text construct found on early systems such as MUDs. It is an “object” representing the embodiment of the user. The term "avatar" can also refer to the personality connected with the screen name, or handle, of an Internet user.

So Frank is the avitar you picked a representation of yourself or your alter ego?? If its yourself, You kinda look like Fred McMurray on Father Knows Best.

You mean 'My Three Sons'? You're thinking of Robert Young, and for a fact Father Knew Best, that is before femi-Nazis took over America and the world when men became spineless sissies.

Nowadays 'father' is a catch-all euphemism for 'sperm donor', "Thanks so much, I can handle it from here...."