The Enchanted Voyagers Association is a chapter of the American Voyager Association.  The club was formed by Kawasaki Voyager Riders in New Mexico, but is open to all riders.  Please feel free to use this service.

Hey, Gang;
I was on the road this morning and noticed a newer Kawasaki Voyager (1700) sitting in a 'ma & pa' car lot here in Abq. I stopped in to check on it, and it's a 2010 Kawasaki Voyager with only about 2600 miles on it. Other than some dust, the body looks cherry, and it has the accessory rear speakers for the stereo, along with all the standard stuff that the new V17's have on them. They're asking about 1000.00 less than high book. The salesman said that it belonged to a friend of his that attended his church, and they were selling it for him. He had traded it for a used BMW (cage).
RR-Is there an ything that I should know about this bike? Does the CPU recall affect this year? I'm going to check around and see if I can get it financed, this is a deal I cannot pass up! Please reply with opinons or information! Thank You! 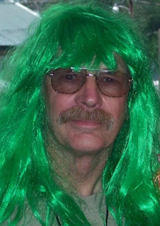 Sounds like a good deal. The ECU was only a 2009 problem and was replaced under warranty. You might check on the warranty and what is left on it. It is for 3 years unlimited mileage. Also might see if it has any extras besides the speakers. Trailer hitch, XM radio, aux input for the radio, intercom / helmet speaker connections.
Keep us posted.